Warehouse 6 productions is your friendly neighborhood group of young inspired folks who create local content to further explore, discover, and acknowledge the Philippine culture in various forms. Or so their bio says. These artists are talented in so many ways from idea creation, writing, illustration and other art-forms, and the occasional stage presence for hosting and appearing in interviews.

In 2017, they launched Dapit Hapon, a short illustrated story about friendship set in the 90s. It follows the steps of a high school trio: Mimay, Nemo, and Rap-Rap as they walk home from school to discover friendship and weather challenges along the way.  It was a product of, well, a bunch of 90’s kids who love a serving (or five) of fish balls and other deep fried merienda items after school in some parts of Quezon City.

As “newbie” readers of comic books, we can’t help but appreciate the artistry behind it, and feel nostalgic of the afternoons completely stripped of the Internet and social media where kids have no other means to make the most of their time but to play or talk, maybe over a few plastic cups of sago’t gulaman and such.

While Tikoy isn’t in the stage of reading this genre yet, we appreciate the talent that exudes in every page, and the story line that teaches readers about being yourself and being a good friend.

Since there’s no better way in shedding light on this passion project, we interviewed some of the creators of Dapit Hapon.

What was the compelling idea that moved you to write Dapit Hapon?

“A little back story: we had a bigger project in mind from the get go, but it was too overwhelming whenever we met up to pitch ideas for it. At the time, we just couldn’t tackle it, but thankfully a few years later, when me and a friend (a.k.a the producer/godfather of the group) were walking home, he threw an idea about a story of kids walking home from school. It hit us at that moment. In order for us to tackle a bigger project, why not start smaller? That way, we all could develop our skills in storytelling. Thus, Dapit Hapon was born.

It was supposed to be a collection of 4 paneled comic strips featuring Raprap, Nemo, and Mimay going on these little funny adventures and misadventures, but midway into solidifying the idea, it wasn’t working for us. We wanted to tell a more layered story with our characters growing along the way. The series eventually evolved into a coming of age with some comedy slapped in, but now we also added drama into the mix. We were absolutely fine with the change. Plus, putting our work out there would tremendously help alongside with the feedback we will receive both good and bad to further hone our skills and improve.”

What’s the theme that guided the look of the characters and setting?

“The theme was about friendship, and we made it light with some quirky stuff happening amongst the characters. Japanese and French animation were a huge influence on designing characters.”

“Here’s our one-liner to describe Dapit Hapon, ‘A coming-of-age story of 3 friends and their misadventures as they go home from school’. A nice trivia actually is that the school and its surroundings were based [on] an actual school! It made mapping out the streets, alleys and the neighborhood easier.”

We noticed that there are many 90s references on the illustration and story. Can you tell us more about this?

“I’m not sure if I should reveal this, but initially, the setting [was] supposed to be at the present time. We realized, however, that we know very little about the things that the high schoolers of today do. So we decided to adjust the timeline closer to when we were in high school. Besides, it’s easier to start writing about something you can personally relate to.”

“Well, a big factor is that we draw on our experiences during High School for our stories, and with those experiences come the merienda time, our favorite ice cream, our go-to snack to get at the sari-sari store, and all the other nostalgia gems that you noticed. It made it more relatable to us the writers, and to the readers as well.”

How was the experience?

“The experience is rewarding. Seeing how a simple idea changes over time as more people develop it is inspiring. We’re on to something here, and we can’t wait to see how these kids will grow.”

“It was daunting initially, ‘What am I supposed to write about?’ was what I usually ask myself every time I sit in front of the computer. And quoting Shia Labeouf, you simply have to, ‘Just do it!’, and then you’ll be surprised (well I was) at how natural the words flow in. Process-wise, each chapter completed enhanced how we did things:

‘Ah we didn’t edit enough, let’s give time to do that in the next chapter‘

‘What if I start with an outline, and you fill in the details‘

And with every improvement, we reach more milestones, we break the wall of our former selves, and stand amazed at how far we have come since we started. “

Who among the characters can you relate to?

“Nemo. Hands down. Unlike Nemo being a transfer from multiple schools, I was a transfer from a different place altogether. I was born here, but most of my life was spent in Saipan and two years in Florida. Coming back to the Philippines, I didn’t know anyone aside from my family and relatives. It took time to adjust, and I hope Nemo adjusts just as well.”

“That would be Nemo. Some of the things he went through are written from my own experiences (just guess which parts lol) and I can relate to how heavily he talks to himself inside his head hahahaha! I’m actually excited about how his character will turn out in the coming chapters.”

“Rap-rap! Because of his chill, laid-back and very positive nature. It’s exciting to see how we can further develop him in the succeeding chapters.”

Dapit Hapon is an easy-read comic that dads and moms can enjoy with their older kids. In a parent’s perspective, its illustration is a treat for the eyes (our Tikoy loves flipping through the pages and identifying familiar objects), and its story can be easily processed.

Currently, Warehouse 6 Productions has released the 4th of a 15 or so chapters. Meet the new character, or start reading it all together by ordering through their form: bit.ly/2J940t1 or by sending a message to @wh6productions on Instagram or Facebook. You can also meet the gang and purchase a copy at the Komikon on November 23-23 at Bayanihan Center, Pasig City.

We are giving away a set of Dapit Hapon comic books, postcards and stickers to ONE winner on Facebook.

How to join:
1. Like the pages of Warehouse 6 Productions and Mark X Abi.
2. Like the GIVEAWAY PHOTO, comment an emoji that best describes your reaction if you win, and tag 5 friends.
3. Share the photo with official hashtag: #markxabifordapithapon

Giveaway is open to PHILIPPINE residents only. Winner will be announced via FB stories on September 30!

One thought on “Dapit Hapon: A Nostalgic Comic Book Series for 90s Kids” 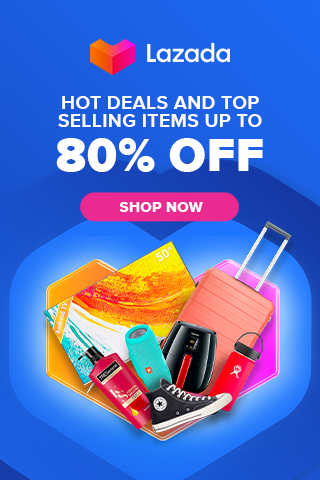 Weekend baking project with Tikoy (he helped naman at the start 😂). This is classic chocolate chip cookies with pockets of melted dark chocolate.
Whether you are exploring healthier meat alternatives or diversifying your family menu plans, @veegameatfree is an interesting addition to your home kitchen. This plant-based product has no preservatives added, high in protein, fiber and believe it not— 100% meat-free!
We have not set up color matching activities with our toddler yet. One day, he just surprised us when he placed the colored wooden “donuts” on his stacking cups. You see, these toys were bought separately so we didn’t know that they would match perfectly (both colors and sizes). Tikoy discovered this on his own. This goes to show that the human brain constantly seeks patterns in the environment. 😊
We received some pretty cherry tomatoes this CNY 2021! Thank you for this surprise Ms @mynasabado
It's always a yes for dark chocolate, am I right? And as for me, the darker, the better!
Love is patient, love is kind. It does not envy, it does not boast, it is not proud. It does not dishonor others, it is not self-seeking, it is not easily angered, it keeps no record of wrongs. Love does not delight in evil but rejoices with the truth. It always protects, always trusts, always hopes, always perseveres. 1 Corinthians 13:4-7
We practice VOICE AND CHOICE when it comes to Tikoy’s play time in the afternoon. Trucks and legos are kept upstairs while dinosaurs and cars are placed in his toy boxes downstairs. On most days, he will choose his Legos. He usually builds on his own now and today, he made this “dinosaur.” 🦖 🦕
Honey, Serioso ako!
Hello fellow plantitos and plantitas, @shamrockbotanics, the manufacturer of premium organic fertilizer and pest spray from Malaysia is now available in the Philippines through @samura_ph
“I have something for you, what is iiit? It’s your cake!” -Tikoy
Daddy Mark and Tikoy have an uncanny taste for “tita” pastries— ensaimada, lemon bars, cheese breads, etc. For Mark’s birthday today, we got the famous ube chiffon cake from @carlitoscateringph @butternutmnl
We don't mean to make anyone feel bad, but how's the holiday weight coming off? We gained a few pounds ourselves, coming from month-long celebrations of birthdays, anniversaries, and the holidays. Of course, we allowed ourselves to feast while devising plans to shed the weight by January and prepare for our quarterly check-up.
A quote from one of our favorite Titas— @brenebrown
We never regretted using cloth diapers on Tikoy. But one of its downsides is that it can accumulate ammonia over the years and stink up no matter how much we wash it. Our tips are up at www.markxabi.com/latest
Our weekend activity with Tikoy is this doodle cardboard from @playcolorph . It comes with colored pens too. We love open-ended toys that involve arts and crafts. We just have to play with him or else our mats will have doodles too. 😂 Watch our stories for the assembling video of this. #cardboard #cardboardart #cardboardcrafts #cardboardtoys #cardboardtoysforboys #toddlerplay #toddlerplaytime 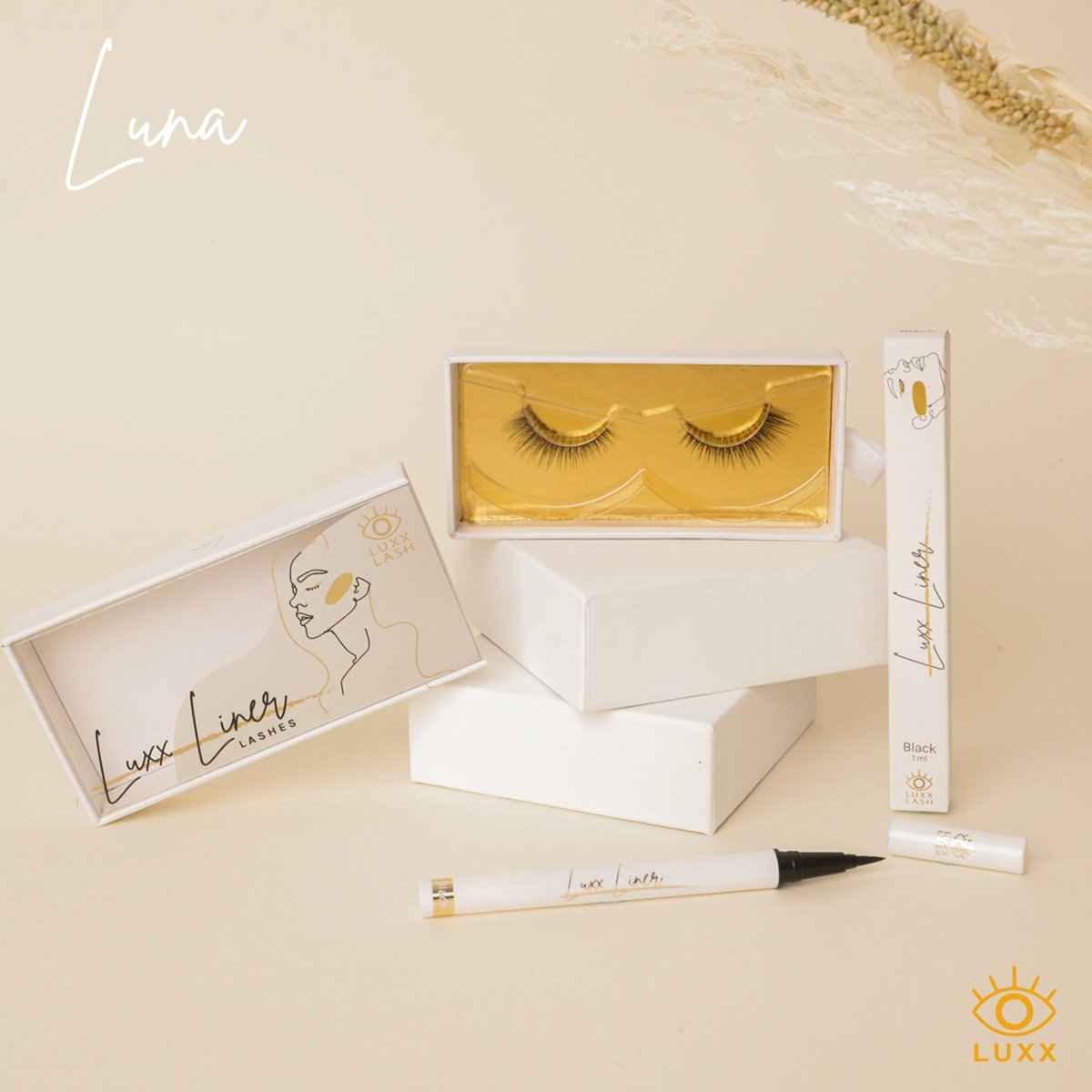 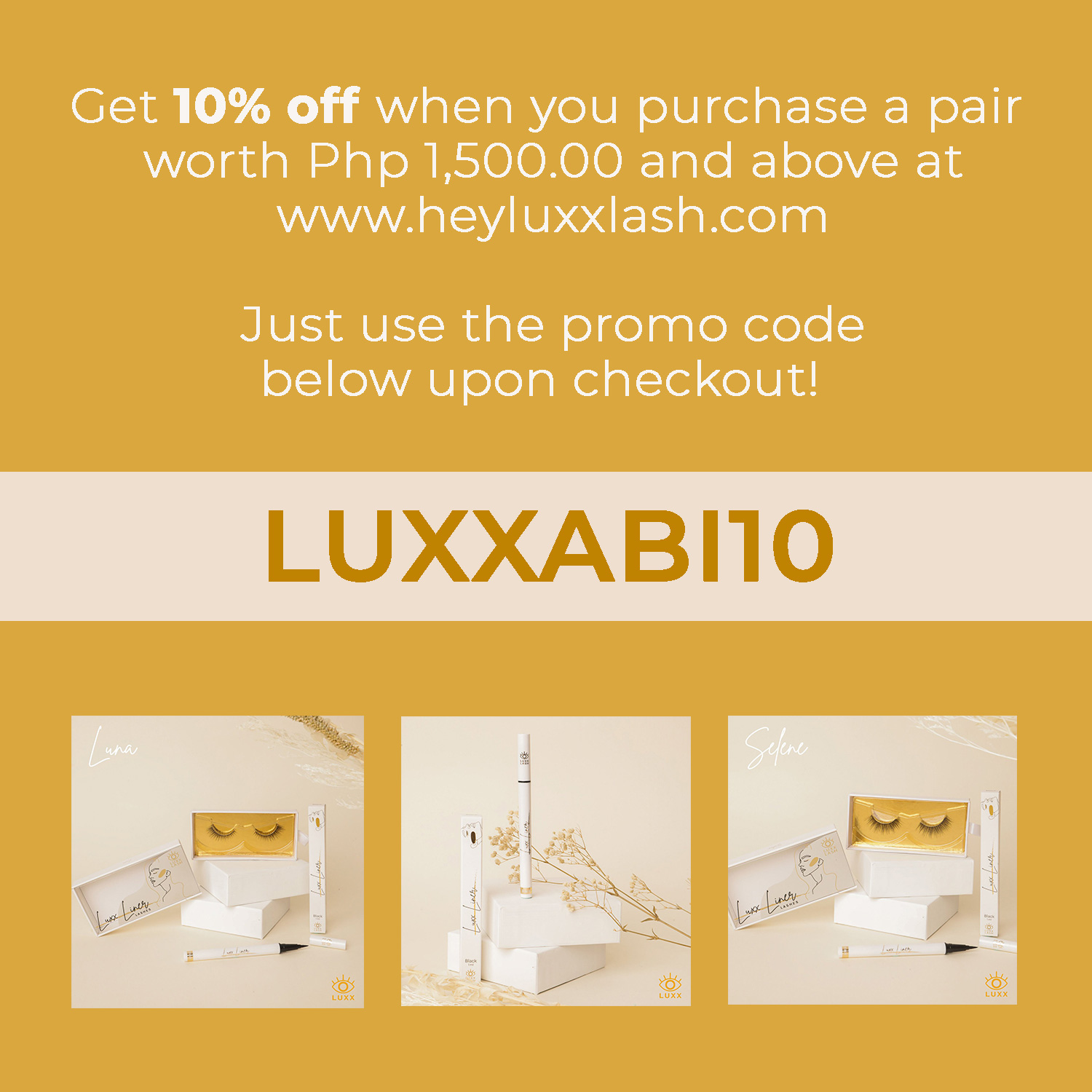 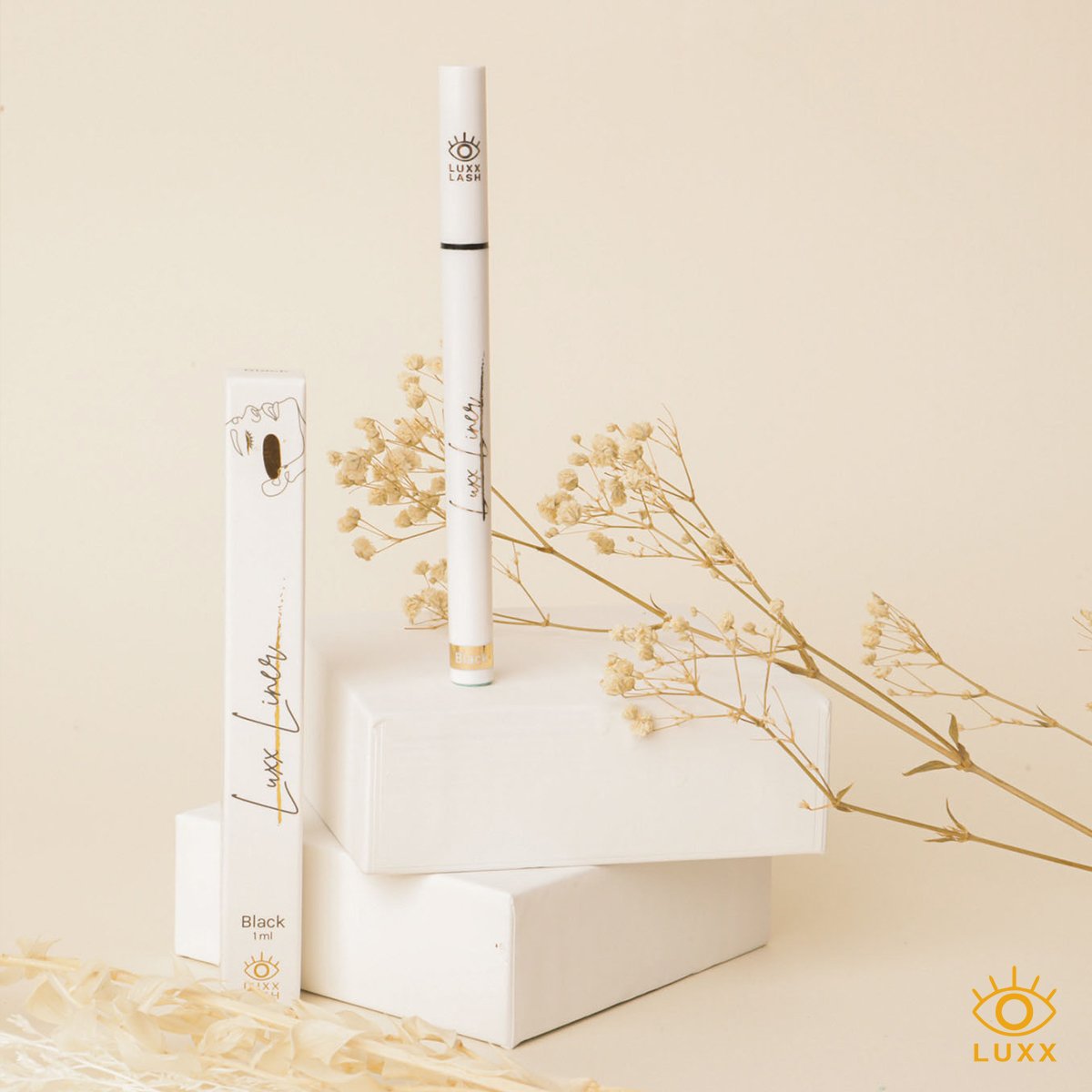 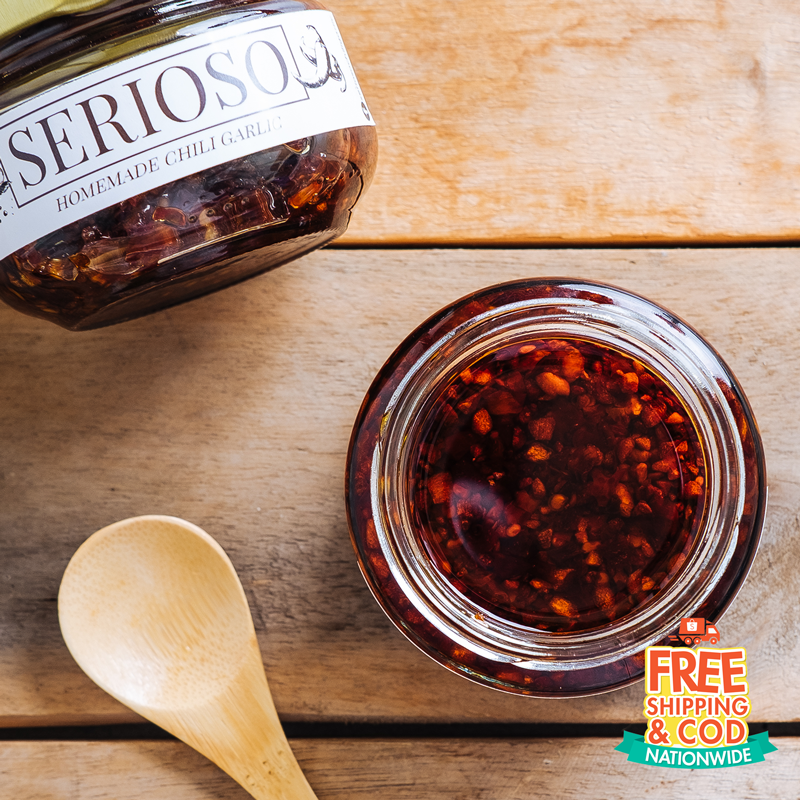